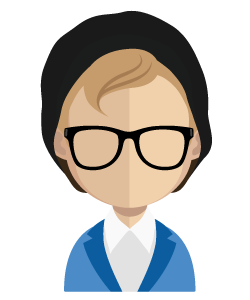 Hello, my name is Gavin and I would like to welcome you to my new blog. On my new blog, I will be talking about all things glass related. I didn't use to know a thing about glass but all that changed when some local kids started to mess around and throw stones at my house. I would come home from work only to discover that another window had been broken. I called the local police and a glass contractor. I learnt all kinds of cool things from the contractor and that has inspired me to start this blog. Thankfully, the kids have also stopped throwing rocks at my house.

If you suffer from a smashed window, then chances are that you will seek a professional glass replacement service sooner rather than later. Broken windows will often attract unwanted attention from potential criminals even if you have boarded up the hole until a repair can be carried out. However, immediate glass replacement is often a lower priority if the window has only been cracked. This is something that can be more problematic than it sounds at first. Why should you replace the glass of a cracked window? Read on to find out.

The Importance of Appearance

The first thing to say about a cracked window is that it never looks good. Just because the glass has not shattered does not mean that it won't look unsightly. Furthermore, both residences and commercial premises with cracked windows will still attract the same sort of undesirable attention from burglars because your property will be assessed by them to see how secure it really is. By seeking out a rapid glass replacement service for your cracked window, you can settle such matters immediately.

Another important aspect of glass replacement is that it makes your windows safe once more. Even though you may have tempered glass that has suffered a blow without shattering, any crack that has resulted from it means that the window is going to be weaker than it was before. In residential settings, as well as ones where members of the public are going to be close to the glazing, such as shop windows, for example, ensuring that safety is prioritised is a must. Nobody likes to be close to a cracked window when it eventually falls apart. Indeed, your insurance may be invalidated if a cracked window has not been properly dealt with.

Although a cracked window may seem structurally sound, it is highly likely that it will not be, and this means that air and water may both be able to pass through the glazing. If you find that damp patches are present following a spell of rain, then it is highly likely that the crack will eventually worsen and you could even face a small flood. Equally, even a small amount of air that passes through the crack will cause some degree of thermal loss. This means that the interior of your property will get too hot in the summer and unduly cold in the winter. Either way, your utility bills will rise as a consequence of inaction.